Week three in the NFL preseason is the closest thing to a dress rehearsal for the regular season as starters usual play longer than in the previous two weeks. Because of this reason, it is important to do research on the teams as kickoffs approaches to try and determine what teams will be ready play in week three.

Sportsbook Special: Sign up at Sports Betting Online and get a FREE $25 play for bet on preseason football. All you have to do is click here to sign up and the $25 will automatically be posted to your account! No hassle, just free money to bet on football!!

In week two, the New England Patriots announced that they would not be playing any of the normal starters to include quarterback Tom Brady in the Monday night game. Armed with this information it was easy to pick a winner and back the Eagles.

For week three it is important to track the teams trying to make final decisions at quarterback as well as other vital positions on the team. This will go a long way in making money in the preseason.

The NFL week three schedule provides plenty of chances to turn a profit with games starting on Thursday and finishing up with a great Monday night doubleheader.

Bookmark this page and check back often as games will be added with previews and picks against the spread. If you want to see a game covered that is not on this page, just add a comment and we will add the game with a preview and a pick!

FREE NFL CONTEST: Think You can pick football winners? Compete against the best and try to win the ring in the World Series of Handicapping!
Â
Thursday NFL Games:

Jake Locker is named the starter for the Titans will that take pressure off of him in this game and will Kevin Kolb play well after being embarrassed against the Raiders?…read more..

The Packers have yet to win a game in the preseason and this week they will start Cedric Benson in the backfield against his former team. He is ready to show he still has something left in the tank…read more…

The Patriots look like they are sleep walking through the preseason, will they do it again against Tampa? All signs say yes!…read more..

Atlanta vs. Miami Preview and Pick

The rookie Ryan Tannehill was named the starter for Miami, but Matt Ryan is looking to show him a few tricks on Friday…read more..

The Steelers travel to play the Buffalo Bills on Saturday night and one coach is playing to win this game and has an amazing preseason record that you have to see…..read more…

Can the Jets finally get their offense clicking against the Panthers or will Cam Newton lead his team to victory? Panthers odds to make the playoffs and the prediction may surprise…read more..

The Broncos are approaching the third week of the NFL preseason differently than most teams and have admitted that they are not focused on the 49ers at all…read more..

Â FREE NFL PICKS: Want Free NFL Picks? Sign up today and get free picks all year long! For the latest previews and picks in football, make sure to check back at Bookie Blitz.com! 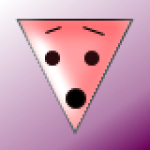