Skip to content
2018 NBA Finals Predictions: Can the Cavs Beat the Warriors? The Golden State Warriors and the Cleveland Cavaliers face off yet again for another NBA Championship. The Warriors are huge favorites, so do the Cavs stand a chance? Here is our preview and pick for the 2018 NBA Finals.

2018 NBA Finals Predictions: Can the Cavs Beat the Warriors?

The 2018 NBA Finals are about to get underway and it is a familiar match-up. The Cleveland Cavaliers will once again go up against the Golden State Warriors as both teams are vying for a championship. In the past, the Warriors have often been favored to win the title against the Cavs, but this year it is a landslide. Everyone is making their 2018 NBA Finals predictions. From sports betting experts to casual basketball fans, everyone believes that the Warriors are a lock to win another championship.

Do you want to bet money on the NBA Finals?Â

Get aÂ HUGE 100% BonusÂ to bet on this game.Â Pick your winnerÂ and collect big money by betting on basketball.Â Get your bonus now!Â

Las Vegas believes that the sports betting public will be betting it all on the Warriors. The recent NBA Finals odds have the Warriors listed as (-1200) favorites over the Cavaliers, which is the biggest favorite since 2002. Not only is Cleveland not expected to win this series, but itâ€™s not expected to be close.

The Legend of LeBron

LeBron James once again put on a show in the series against the Boston Celtics. It may have gone seven games, but James and the Cavs found a way to get back to the NBA Finals. This is the eighth consecutive trip for James and he is still the best player on the planet. Although everyone is betting against him, James still has a shot to carry this team to another championship.

Form an NBA stand point, there is no doubt that the Warriors have more talent than the Cavs. However, the Cavs have some role players that are actually stepping it up. If you want to chance a number from a betting stand point, then the Cavs at (+750) are a very nice number to consider. The Cavs are double digit underdogs in game one, but if they manage to pull out a win in one of the early games, the odds will surely shift. This could open up some early betting angles and chances to make money.

And the Winner isâ€¦

Letâ€™s face it; the Cavs are most likely not going to win this series. If you are making your 2018 NBA Finals predictions you may be better off by live betting or waiting to see how the first game comes out. However, taking LeBron at this big of a price, could be interesting. The favorite in the last three NBA Finals are 11-7 against the spread (ATS). The money will be flowing in on the Warriors and the Cavs are the play to watch. Itâ€™s not suggested that you bet large money on the Cavs, but this could be the year that LeBron shocks the world and cements his legacy! 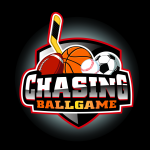 Tags: 2018 NBA Finals Predictions: Can the Cavs Beat the Warriors?