The National Football League enters its second week of the season with an AFC East battle. On Thursday night the revamped New England Patriots will go up against the overly optimistic New York Jets as the winner of this meeting will have a chance to be in sole possession of first place in the division.

It is no surprise to see the NFL betting line on this game. The New England Patriots are one of the best teams in the league and since they are at home for this game, the lines makers released these odds with the Patriots as ten point favorites.

A quick look at the sports betting consensus site will show that 66 percent of the betting public is on the Patriots and that has forced the lien to move. The line can now be found at (-12.5) or even higher at several of the highly reputable online sportsbooks like BetOWI.com.

FREE FOOTBALL PICKS: Sign up at BetOWI and bet on the NFLÂ  and get a huge 100% bonus to boost your bankroll for kickoff!Â  Bet on the NFL Week 2 Here! Sign up and bet on this game and email us (mattregaw@bookieblitz.com) and you will get free picks ALL YEAR LONG In the NFL!

After a preseason filled with turmoil, the Jets started the season with rookie quarterback Geno Smith under center. With the help of a last minute idiotic penalty by the Tampa Bay Buccaneers, the Jets pulled off the win. Regardless of how they got it done, the Jets got the win and that will give them momentum as they head to Foxboro to take on their rivals in the Patriots.

The Patriots also got the win in week one, but it was anything but easy. Tom Brady need a comeback to get this team a win in week one and boy was it sloppy. Brady averaged just 5.5 yards per attempt on 52 throws, struggling to get in rhythm for much of the day. Undrafted rookie tight end Zach Sudfeld dropped a pass that turned into an interception. Undrafted rookie wide receiver Kenbrell Thompkins made a number of mental mistakes. The Pats had to go to Shane Vareen to run the rock, which he did very well. However it was reported today that he is hurt and will not be available for this game.

This could pose a big problem for the Patriots but they do have plenty of depth and do realize that every man has to play a role in winning a football game.

As ESPN points out, this hurts.

Without Vereen, the Patriots lose a big-play threat. The team had nine “chunk plays” of 19 yards or more on Sunday, and the speedy Vereen had three of them — runs of 21, 20 and 19 yards. He also played more than any running back (56 snaps, including penalties), showing that he can be a factor on all four downs (he also played on punt coverage and kickoff return units).

But this is the Patriots. The Patriots led by Bill Belichick who loves to confuse rookie quarterbacks with different looks on defense. The same Patriots team that still has Tom Brady under center who proved last week he can single handedly lead his team to victory.

Smith looked decent in his first game for the Jets, but now he is on the road and with no weapons on offense this Patriots defense will get aggressive.

The New York Jets have no chance of winning this game and after the lackluster performance in game one, the Patriots will look for a flawless output. Belichick would love to knock Rex Ryan down a notch and bring the Jets back down to earth.

This line is only going to get higher so get it now because the Patriots are going to crush the Jets.

NFL Week 2 Picks Against the Spread (Best Bets and Upsets!) 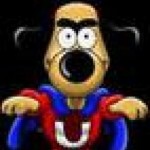