UFC 229 Khabib vs McGregor Predictions:Â  Why McGregor is Finished

When we started our UFC 229 Khabib vs McGregor predictions we thought this was going to be a close and entertaining fight, but think again. Conor McGregor is going to get lose badly and his career will be under attack when this fight is over and we have proof. It all starts with this number right here.

Before we break down the fight we have a risk-free bet on the fight from our sponsor!

Do you think you have the correct UFC 229 Khabib vs McGregor predictions? Put your money where your mouth is and bet on the fight at MyBookie. Sign up here and you will get a risk free bet for UFC 229. Bet the fight, win big at My Bookie!Â 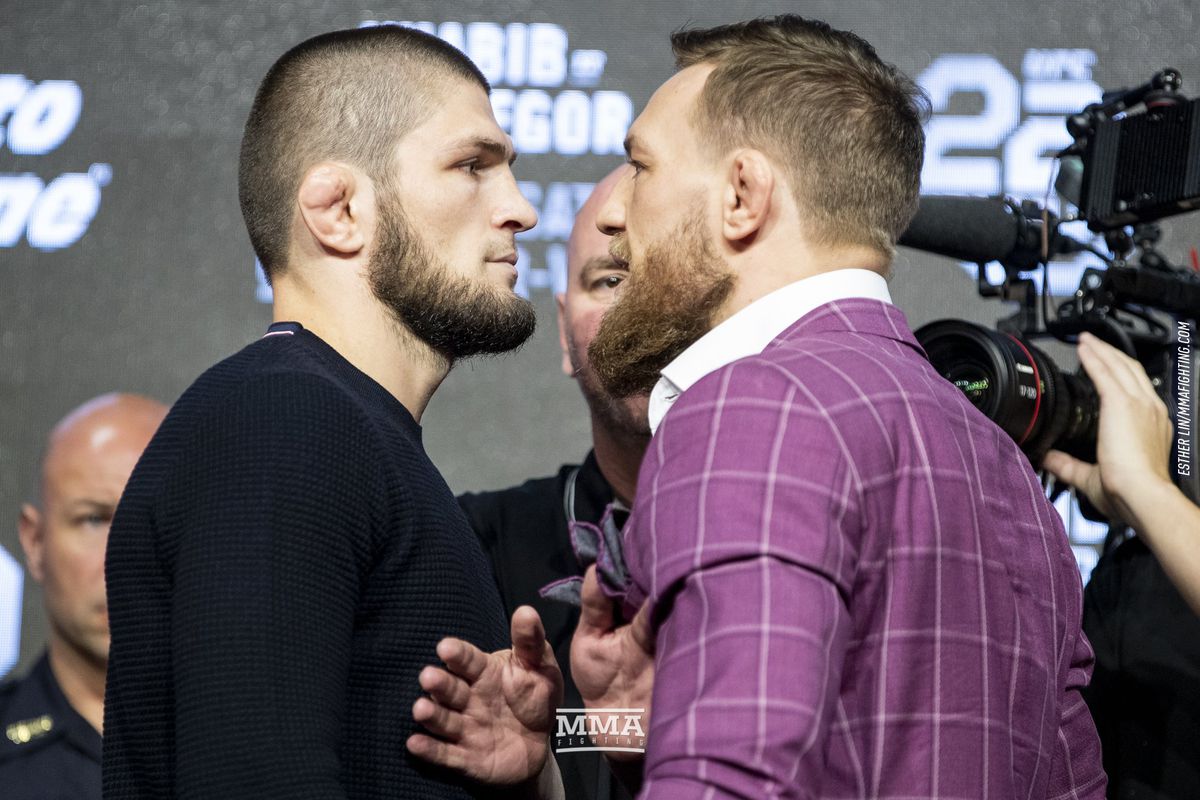 The main focus of our UFC 229 Khabib vs McGregor predictions is the odds on this fight. According to MyBookie Khabib Nurmagomedov is (-165) to win this fight. Not only is he the favorite to win this fight but he is the overwhelming favorite. Conor McGregor is popular so he will be getting some serious money bet on him, but he will lose and they will lose badly.

McGregor is a hard hitting fighter and he can knock out a fighter with one punch which is why he is so fun to watch. Nurmagomedov is a beast and he has never lost in 26 fights. He is a ground-and-pound type that will wrestle an opponent to the ground and punish him. Nurmagomedov will get McGregor down early and this fight will be over in the first round. Thatâ€™s right, the first round.

Connor McGregor will surprisingly be a gracious loser. He then will question retirement and then take a long break from the sport. The media storm of headlines that question his toughness will be too much. In the end this math will be sad because it will be the match that will end McGregorâ€™s career.

Nurmagomedov wins in the first round (+500)

All bets are placed at this sportsbook and all fight odds and information on UFC 229 can be found here.