The NFL week 2 odds have been released by online sportsbook BetOnline and there are a few lines that stand out.

For all of the NFL week 2 odds and NFL betting options, check out online sportsbook BetOnline. The top rated football sportsbook is offering up to $900 in free plays to bet on football this season.

A quick look at the NFL schedule for week two and the point spreads reveal some soft spots on the big betting board.

Adrian Peterson looked great in his first outing after recovering from a devastating injury as he found the end zone on multiple occasions, but the Vikings are a road favorite? Andrew Luck was responsible for four turnovers in his debut, but the Colts still deserve some respect in his first home game.

Colts should be 2 point favorites.

Robert Griffin III looked great in the win against the Rams and he is getting some much deserved attention, but I was floored when I saw the opening line. The Redskins are three point road favorites?

The Rams may have not played well in recent years but you have to be impressed with how they played against the Detroit Lions. If the Rams can confuse and slow down Matthew Stafford they will give RG3 a hard time. The Rams are worth a look as a deadly home dog.

If you are looking for a stinky line this is it. The Cowboys had one of the best wins of the season as they dismantled the New York Giants. Now they hit the road to play the Seahawks and they are just three point favorites?

The NFL week 2 odds are very interesting for this game as the Saints are slim one-point road favorites although they laid an egg against the Redskins in week one. The Panthers lost the opener to the Buccaneers but they had some impressive moments.

Now the Panthers are at home and Cam Newton will have a much better day against this defense than he did a week ago. Although not everyone believes the Panthers will make the playoffs, they will win this game.

The top rated football sportsbook is offering up to $900 in free plays to bet on football this season.

NFL Week 2 Odds that stand out 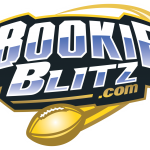