The Denver Broncos were a huge story line a year ago due to the quarterback position. Although they changed starting quarterbacks in the off-season, the position still remains the focus of this team. The Broncos managed to corral Peyton Manning in the off-season and ship the over-hyped Tim Tebow to the east coast to play with the Jets.

Bet on the Denver Broncos and the NFL at BetOnline and get a $900 Free Play to bet football!

Once Manning announced he would be playing with the Denver Broncos, the Super Bowl hype began. Maybe it is with good reason, after all, Denver made the playoffs and won a game with Tebow under center, so they should drastically improve. However in the 2012 Super Bowl preview, the Broncos did not get noticed because there are still way too many question marks. In the 2012 NFL Win Total Predictions for every team, the call was under 10.5 wins for the Broncos and I am inclined to agree.

Although Willis McGahee was impressive out of the backfield a year ago, he needs to remain healthy and the Broncos will be expecting some big things from rookie Ronnie Hillman. The wide receiving corps seems solid with Eric Decker and Demaryius Thomas, but the offensive line has to improve. The line looked horrible on many occasions a year ago, and Manning is recovering from an injury. Constant pressure on the veteran could make it tough to pass especially if the Broncos cannot establish the run.

The defense is another area of concern. Von Miller is a stud and is already exceeding expectations, but outside of Miller the Broncos have issues. Elvis Dumervil is in trouble with the commissioner and will most likely be facing a suspension. While Champ Bailey is one of the best at cornerback he is not getting any younger. Tracy Porter joined the team but he is very beatable and the Saints were fine with letting him go. The Broncos need to improve up front, are soft in the middle and are old in key positions. These will be insurmountable obstacles combined with a tough 2012 schedule.

With the exception of a home game against Oakland (the Raiders will be lucky to get 4 wins) in week four, it is very possible that the Broncos could lose every other game heading into week seven. They have very tough games against Pittsburgh, New England, Houston, at Atlanta, and at San Diego. It is completely feasible that they will start 2-4 or even 1-5. The schedule gets better in the second half of the season for the Broncos, but it will be too late to overcome the slow start.[poll id=”4″]

The Broncos finished at .500 last year and they could be in that same range again in 2012, and should compete for the wildcard spot. The Broncos could be a tough out if they do make the playoffs, but donâ€™t look for Manning to win a Super Bowl in Denver this year.

Bet on the Denver Broncos and the NFL at BetOnline and get a $900 Free Play to bet football! 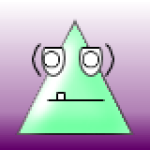